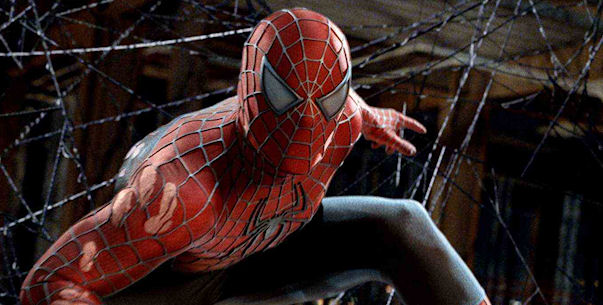 There was a moment in director Sam Raimi’s Spider-man (2002) that set imaginations on fire back in 2002; the superhero genre was back and far bigger than ever. Marvel Comics had kicked things off two years earlier with Bryan Singer’s X-Men (2000), but it was really Raimi – using timeless elements honed from decades of super-swashbuckling epics – who really set things in motion for films like Iron Man (2008) and Thor (2011), the Astor Theatre’s super-double bill on Thursday, June 9.

From Saturday morning cartoons to major Hollywood blockbusters, your first introduction to the superhero may well have been 1978’s landmark classic Superman. Indeed, when Christopher Reeve donned the tights and took flight, he forced a character that had been largely identified with children back into the minds of adults. Superman grew up. Though unbeknownst to many, there was actually another flying man in a cape who beat the man of steel to the silver screen.

In 1941, with World War II in full swing, escapism was very much on the menu for cinemagoers. Republic Pictures, though behind some very respectable films, was largely known as a B-grade picture house. Comic strip characters such as Dick Tracy, Zorro and The Lone Ranger had all been successfully done. Yet just a few years earlier, in 1938, Superman had debuted on the pages of Action Comics. With a hunch that this new super-powered hero might just be the next really big thing, Republic approached National Comics (now DC) for a cinematic serial adaptation.

Apparently talks went well enough for a 12 chapter script to be put together. And then it seems… they didn’t. National pulled out of negotiations, and what would have been cinema’s first superhero epic instead later became The Mysterious Doctor Satan.

Fortunately for Republic, Superman wasn’t the only hero setting children’s imaginations alight with dreams of super strength and flight. First appearing in 1940, Captain Marvel was the product of artist C.C. Beck and writer Bill Parker. Though clearly inspired by Superman, Captain Marvel’s major difference came from the fact that he was actually a child. Youth radio news reporter Billy Batson would utter the word “Shazam!” and in a puff of smoke, he would be transformed into “the world’s mightiest mortal”.

Republic’s Adventures of Captain Marvel proved to be a hit, undoubtedly with great dues owing to its special effects. The Lydecker Brothers were masters of their craft. With an Oscar nomination already under their belt, they were charged by Republic to make a man fly. Even in 2011, that’s not the easiest thing to do.

Using a rather simple method, the Lydeckers created a Papier Mache dummy of star Tom Tyler. Weighing just 15 lbs., it was light enough to suspend from thin wires, and allowed pulleys to be hidden so the dummy could be controlled. Shots of Captain Marvel flying upwards would have the dummy lowered down with a heavier cape, with the film later reversed.

Though far too primitive to ever be used today, this basic technique resulted in some truly magnificent visuals that still never fail to impress. When National, teaming with Columbia, finally got around to putting Superman on the screen, scenes involving flight used a crude method of turning Superman into an animation just before he took to the sky. Columbia, in-keeping with most of its serials, was never famous for spending the kind of money necessary to create a memorable experience.

Another element playing into Republic’s favour was the casting choice of Tom Tyler. Star of many low budget B-westerns, Tyler inhabited the role like a vengeful sea-captain, mixing a sense of command and brute masculinity.

With the world’s mightiest mortal tearing up cinema screens, National Comics were left to stew in jealousy. That jealousy soon turned to legal action, with National claiming Fawcett were infringing on a number of Superman copyrights. After a long battle, an out of court settlement was eventually reached which ultimately resulted in Fawcett ceasing publication of Captain Marvel. Needless to say, a sequel to cinema’s best serial never took flight. 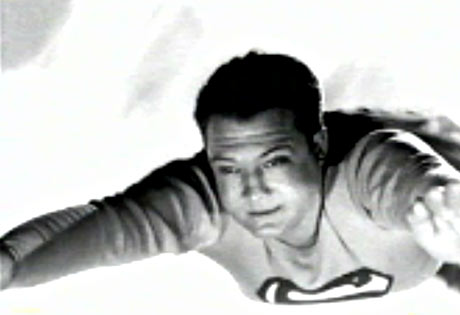 As the 1950s approached, Superman eventually took his rightful place as the king of superheroes when George Reeves took over television screens everywhere. His tragic death, however, brought it all to a screeching halt. While Batman would later parody the serials of years gone by, it would be quite a while before superheroes were given the Hollywood treatment.

When it was announced in the 1970s that Superman would once again be brought to screen, no one really knew what to expect. A children’s character in most people’s minds, even the footage of Christopher Reeve’s audition shows that initially, he too didn’t really have quite the right idea. Thankfully, the 1978 classic did everything right.

Beginning with one of cinema’s most breathtaking title sequences, Superman: The Movie literally created the superhero genre as we know it. With an original story by Mario Puzo (The Godfather, 1972) – though drastically cut from its initial outlandish length of 550 pages – the film would become the version of Superman with which people most closely identify. The scene involving Lois Lane dangling from a helicopter atop the Daily Planet building, meanwhile, would become the quintessential superhero moment: an instant classic.

Today, superheroes seem to be buzzing onto the screen almost daily. Christopher Nolan surprised everyone with his gritty, realistic interpretation of Batman, Batman Begins (2005) while Bryan Singer gave plenty of sentimentality to an otherwise rather plodding Superman Returns (2006). Iron Man and Thor, however, prove that quality superhero action doesn’t necessarily require 70 odd years of history. 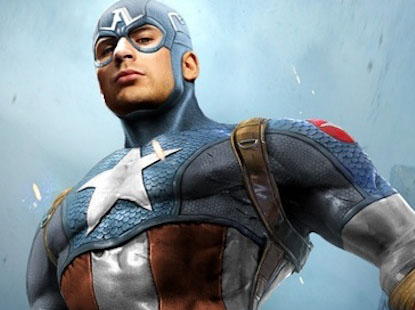 Though of course, it is precisely that history that has brought us here. Captain America, another star of cinema serials, is set to return in a big way soon, while Superman is undergoing yet another make-over; this time at the hands of Watchmen (2009) director Zack Snyder. Unfortunately, another creation of wartime America, Wonder Woman, has just copped the axe after an absurd attempt at turning her into television’s new Ally McBeal.

Obviously, things don’t always go quite right for superheroes on screen. But when they do… Shazam!

Bring your cape, no Kryptonite allowed.

Written by Ben Rylan, a contributor to our E-news, and a superhero obsessive.

According to Ben: When he’s not practicing flying techniques or repairing his batsuit, he’s either writing a screenplay or lurking in the dark shadows of the Astor Theatre. Be afraid.