Gillian Flynn’s crime thriller has been flying off the shelves in bookstores since it was first published in 2012, and it soon after made the New York Times Best Seller list.

For some, the story is about the performative aspect of gendered roles within a marriage and how they might falter or even threaten one another over time. For others it’s about the psychology of spectacle and the problems associated with assumptions made by society’s gatekeepers: the media, the economy and the law. Both aspects of the book have been very well received across critical and populist plains. But the movie seems to have sparked something else, a more sinister and controversial lie, lurking beneath the veneer of normalcy in middle American suburbanality. 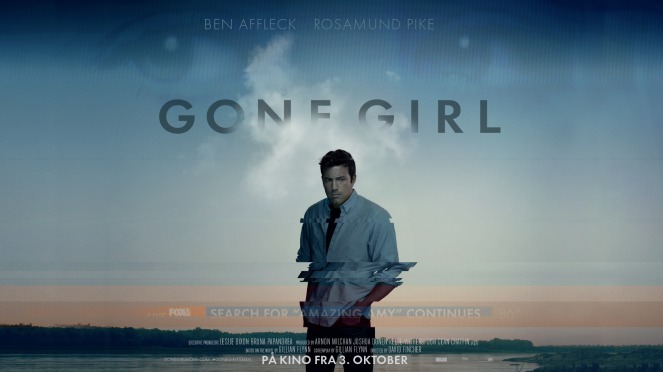 It’s not entirely surprising that once David Fincher had at it the lens was more aligned with masculinity in crisis than Flynn focused on in the book – he is best known for directing Se7en (1995) and Fight Club (1999). But the words, structure and weight of the argument is still all Flynn, who adapted her own book for the big screen, keeping savage satire high on the agenda.

Though I don’t plan to pit arguments against one another in this blog post, suffice it to say that there is room for reading the filmic text in more than one way. And this is where both Flynn and Fincher’s brilliance lies. There’s no doubt that some of the content in the film should make you feel uncomfortable. You should also wonder about what it means to make the assumptions that you might make after you see that material.

The film stings like a bee – after it pricks you, everything falls apart and the facade is irrevocably ruptured. In essence it dies and leaves the after effects to the viewer. How you respond may be to spiral into full scale shock or, it may be mild and even a little amusing. Whatever your reaction, it will certainly stay with you for days after you’ve seen it. So, if you’re weary of the stock standard crime thrillers Hollywood usually pumps out, maybe it’s time to let yourself feel the sting of something a little more dangerous. Go on, meet Nick and Amy Dunne… 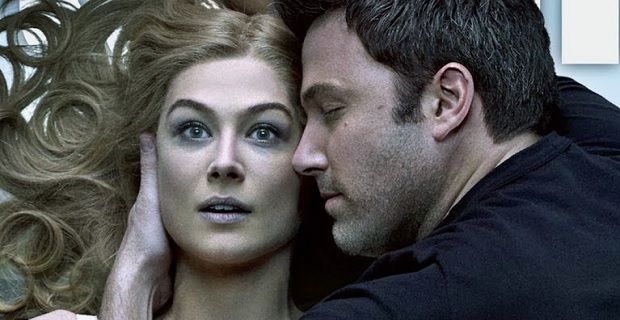